Day two was for my other half it was part of his Christmas present. It was a family pass for a tour around Anfield Stadium. He was excited, me and the boys not so much.

Again, it was damp and cold, and we had an hour and 40 odd minutes of travelling I kept the boys entertained with Alton Towers Top Trumps and a Fredo.

We arrived in Liverpool shortly after midday. We tried to check in early, but one lady had taken the last available family room, so we had to wait until 3pm.

Like any growing lad the boys were again hungry well mainly (5) so we headed off closer to the Stadium. After 5 mins on the road my partner said shall we just go McDonald’s, so I declined, and we carried on, shortly after he suggested a Nando’s but the nearest one would involve turning back thinking about it now Nando’s would have been a good call.

We got to the Stadium and my partner was grinning ear to ear. I told the boys that the day was about their dad and every now and then we have to do things we don’t like. They agreed to behave.

We walked around the outside taking pictures of the signs, the tributes to the 96 who lost their life 29 years earlier in the Hillsborough disaster.

(9) & (5) we’re running around like crazy. We headed to the store. (5) kept pointing out LFC Top Trumps. Both boys enjoyed pointing out players tops that they recognised and liked. We went upstairs and (5) pointed out a retro child’s LFC top which came as a surprise to us both. We asked him if he wanted it and he originally said that he wanted the Top Trumps instead. I told him if he told us which retro top he wanted then I would by the Top Trumps for them to share. (9) had his eye on a goal keeper jersey which came as a complete surprise (9) isn’t a sporty boy he’s more academic. He doesn’t play football but wanted a jersey how could we say no. (9)’s was a lot more expensive than (5)’s so he had to use some of his birthday money towards it, he also asked if he could by some Goalie gloves out of his birthday money. He wanted this, so he could join in with football games with his friends at school.

We then went to The Boot Room the restaurant located near the museum. By this point I was fed up with chips and didn’t know what I wanted. The boys had decided within seconds (9) wanted spag bol and (5) wanted fish and chips. My partner had opted for the fish and chips too. There wasn’t much that jumped out at me, so I settled for garlic bread and chips. If you have ever eaten at The Boot Room, you will know that the portion sizes are on the larger size. As it was only lunch it was a struggle for us all.

With our bellies fed it was time for our tour. We picked up our tickets and headsets. We had our bags searched by security who we laughed and joked with, he was asking (5) about football and (5) told him that he like playing football and in one game had scored 10 goals (this is fact), he praised (5) and told John our guide that he had a future star in his hands.

We set off with (9) & (5) up front with John. We were very surprised how well the boys were listening and taking in all the information they were given. Unfortunately, (5) messed about with his headset and it needed resetting. As he was listening really well I gave him mine. The headset was only used for a small proportion of the tour. When we went into to media stand I passed my headset to (5) where he had a one to one with Laura the other tour guide. She showed him how to use it. It was nice seeing all my men so happy.

We then headed to the Players’ Lounge, the conference room and the Away Team changing room. The boys were the first to sit in the seats at the conference room which they adored. John made them laugh an interacted with the for the entire tour. The next stop was the Home Team changing room this is where my partners face really did light up. The room is state of the art with lights to match the outside. The boys absolutely loved to have their photo in their favourite players seat, I’m pretty sure the three of them were racing to sit in Mo Salah’s seat and have their picture with his shirt.

The tour was coming to an end, and we still couldn’t believe how well behaved the boys were and how much they paid attention and enjoyed it. We were led pitch side where the boys sat in the dugout in the players and manager’s seat.

The tour included entrance to the museum this is where the boys lost their attention span, to be quite honest so had I, I really couldn’t blame them. After five hours at the grounds we headed back to our hotel to check in and again warm up. We only had just under an hour and a half before we were due out for dinner.

We stayed at the Premier Inn at the Albert Docks, we were so surprised by the size of the family room. Both boys had a single bed not the pull-out sofa bed that we had been expecting and dreading. I decided that a hot bath was in order and anyone with kids knows that you can’t have a bath without one of them wanting the bathroom. My bath was short lived. Bear in mind here, I had asked if either of them needed the bathroom before I had a bath. No sooner had I started to wash my hair (5) said that he needed the bathroom. I quickly rinsed my hair off, grabbed a towel and opened the door to let him in.

We headed to What’s Cooking you can read all about what we thought here.

It was a lovely evening as we all dressed up and after dinner took a stroll around the Albert Dock. By this time, we had two hyper children who had me in fits with their craziness. I walked hand in hand with boy’s back to the hotel.

When we got back it was time for a hot drink and cuddles. I made a coffee for myself and a tea for my other half and (9). I laid on our bed while the boys had a funny five minutes, we put them in their pj’s and told them to lay on (5)’s bed to calm down. Typical boys they began to fight so was separated (5) was told to come on to the bed with me where we had cuddles and he insisted on telling me that he loves me more than I love him. Not to be left out (9) then joined us where all three of us had cuddles and took selfies.

Then it was time for bed as we had another early start the next morning.

Liverpool was meant to be the lazy day of the trip, but it turned out to be pretty hectic. Both boys have asked if we can come back to Liverpool again because they loved it so much. It was a perfect family day there were lots of happy faces, albeit they were tired happy faces. 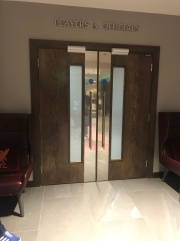 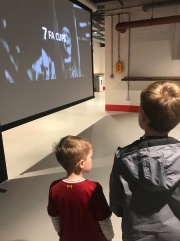 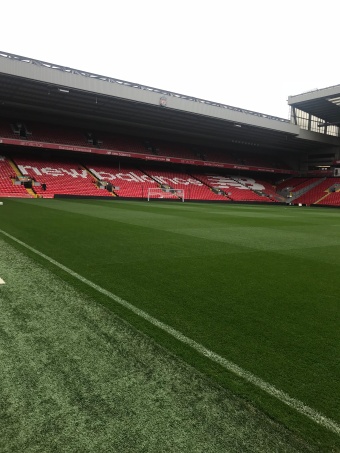 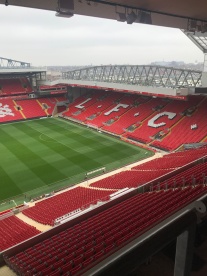 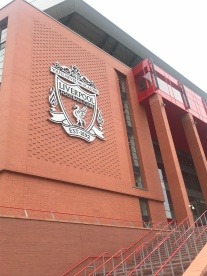